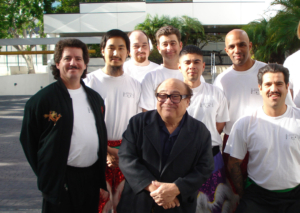 for Panda Express that day and he came out and wanted to see the Lion Dance. I was telling him how I liked his part in the TV series Taxi

and he started asking which ones and I told him and he said you must of watched them all.