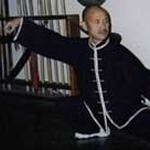 Dr. Shien-Pu Tang (Tang Xian Pu), born in Hunan, China, is an amateur martial artist. He is a student of the Grand Master Feng Zhiqiang, the only surviving disciple of the late legendary Great Grand Master Chen Fake. Before training under Feng, Dr. Tang studied martial arts, sequentially, with nine different masters for a period of over 50 years.

He started his training at the age of nine on Shaolin Kung Fu. Over the years, his interest gradually shifted to the internal school with primary focus on Chen style, Yang style, Ba-Qua Zhang, and a number of short weapons. Currently, Dr. Tang is dedicated to the celebrated Mind-Will Hunyuan Taijiquan, a masterpiece created by Grand Master Feng. Master Tang has developed a new system called Xiaoyao Systems and the combination of half a century of top skills.

Academically, Dr. Tang earned a Ph. D. degree from Princeton University in Aerospace Science. He lives in Palos Verdes and teaches and practices Taiji Quan in the South Bay area, suburb of Los Angeles. He also enjoys gardening and reading and is fond of the classic Yi-Ching, Lao Tze, and Zhuang Tze. He maintains a very simple life with little ego in seeking fame through martial arts activities. His other strong interest, in addition to Taiji Quan, is meditation. He performs a scientific meditation program diligently on a daily basis. In a casual manner, he calls himself “Hsiao Yao Lao Ren,” meaning a Loitering Caveman. Master Tang certified Shifu Marquez in the Consolidated Systems and is training in the Xiaoyao Systems now. 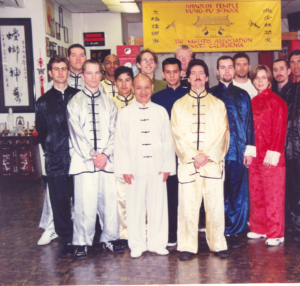 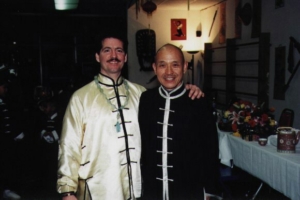 Taijiquan is an important part of the internal school within the Chinese martial art systems. Although it was created with a combative perspective for the purpose of self-defense, its popularity has evolved into health enhancement. This trend, as noted in recent years, has been progressing strongly with an amazing speed. I intend to discuss some general issues in Taijiquan practice, without any particular styles in mind.

This article tends to serve two purposes. First, it is meant to help those practitioners who do not yet have a clear overall perspective of Taijiquan. Secondly, it serves to encourage further discussions from the community. Hopefully, a consolidated knowledge base will be built by multiple contributions and it will benefit us all in the future. The Chinese say, “For a journey of one thousand miles, you get to start one step from the tip of your toes.” Hopefully, this article can serve as a first tiny step toward our long-term goal.
Roughly, there are three phases in Taijiquan advancement: the form (physical movement), the qi (vital energy), and the yi (mind). During the study of forms, emphasis is on continuity, smoothness, and coordination in executing the forms in a routine. The key is to understand the implication of each form.

In the case of qi, the emphasis is on sung (loosen up). Sung is relative. It is necessary for Sung to reach a certain degree before one can realize the manifestation of the existence and movement of qi. A good teacher would be helpful for providing needed guidance. It is not an easy matter for yourself to realize your level of Sung. Cheng Man-ching reported that Yang Chen-Pu used to repetitively calling for “Sung, Sung, and Sung” to students many times a day in his Taijiquan class. Sung and correct postures are essential for cultivating the strength of internal qi.
For the phase of yi, the emphasis is on mind control. It is the mind that leads the physical movements. Moreover, the mind guides the interval energy throughout the routine execution. This is the so-called “yi dau qi dau, qi dau jing dau,” literally it means as the mind arrives at a point, the qi arrives there as well and when the qi gets there, the jing also gets there.

Although the above three phases are different in nature, they are closely related and they do influence each other in a synergistic manner. In our contemporary society, people tend to learn a routine, practice the forms, and may think that’s all what they need in Taijiquan. This is partially true. By simply practicing a routine, regardless of the quality, one would gain some health benefit. However, after a while, they find their progress is getting slower and slower. And it becomes hard to maintain persistency in practice. Furthermore, most of them, being unaware of the inner secrets in Taijiquan advancement, are not convinced about the fact that there is virtually no limitation in Taijiquan progress.
If they are indeed in this particular situation, then any excuse in daily life may trigger a stoppage of their Taijiquan practice. Once practice is stopped for a while, it becomes extremely difficult to pick up again. Of course, there are various resolutions. I would like to offer, as illustrated in the following discussions, two elements in helping resolve the above problems. These two elements are (1) to learn a good breathing technique and (2) to incorporate Zhan Zhuang (standing postures) as a daily program. Why? It is because these two features would offer you an opportunity to have a good taste of qi. In addition, Taijiquan becomes full of fun to practice and, most likely, you would never want to stop it again.

Breathing technique is a very important part in Taijiquan training. However, due to its subtlety and sophistication, breathing, in general has not been sufficiently emphasized. There are two major types of breathing techniques. The basic type is the ell known reverse abdomen breathing (RAB). The more advanced technique is the so-called chakra breathing, which requires activating some energy ports in the body. RAB is relatively easy to practice. Basically, one would combine inhale and exhale with the movement of forms. In other words, during the routine execution, one synchronize inhale and exhale, respectively, with the open and close of the form for each form. For some long form such as Single Whip, one may want to insert a “small inhale and exhale” intermittently to avoid choking. This may be quite necessary since some beginners do not have enough capacity in the lung to accommodate the synchronization requirement.
A major goal of RAB is to convert our breathing style from natural to reverse abdomen. Effectiveness of RAB for health enhancement is two-fold. One is to promote inner organ massage with the extended movement of the diaphragm. The other is to activate vital energy flow in the internal channel system. When RAB has become spontaneous or automatic, one can then pay no attention to inhale and exhale. This means you are ready to bridge over to chakra breathing.

Totally different from conventional breathing, chakra breathing (CB) requires one to “breath” internally between chakras. Here one does not breathe with air. Instead one would “breath” with vital energy (qi) at the command of mind (yi). Two important CB patterns are manifested at Laugong (located at the palm center of both hands) and Dantian (vital energy reservoir located behind the belly button). Advantages of CB are numerous. For example, one can generate instant explosive power, in the form of “fa jing” in a combat engagement. In addition, CB would strengthen the level of qi in the body and, in turn, significantly improves the health conditions.
I would like to introduce part of my experience in CB practice. This is called Laugong breathing. Basically, we want to “activate” the Laugong chakras, allowing them to interact synergistically each other. The method is simple: take a relaxed standing position as if you are preparing to perform a routine. Calm down yourself and repel random thoughts. Raise both hands to the chest level, palms face each other, fingertips point upward, sink down the elbows, and bend slightly both knees. Initially keep the palms at a distance approximately equal to that between two eyes. Slowly open the hands apart sideways to shoulders. At the same time, raise slightly both elbows and inhale. Then, return to the initial position with exhales. This open-and-close action is quite similar to pulling and releasing of a rubber band. Keep your attention at the center between the palms. Repetitively perform this cycle many times for at least three minutes for each practice. A checkpoint is that you would feel the interaction effects as if both hands behave like magnets. This exercise is, in a way, appears to be similar to a form in the Sun-style Taijiquan. But it is not exactly the same in practice.

Now I would like to discuss the importance of the basic building blocks, the Zhan Zhuang (standing posture). In my observation, Zhan Zhuang (ZZ) has been ignored by a great majority of Taijiquan lovers. It is not too hard for the readers to figure out the reasons behind this unfortunate situation. Here I just would like to point out that without a solid foundation in ZZ, the presentation from a practitioner resembles a walking robot without a soul. Realistically, his movements are supported by force rather than by vital energy. Let me make a crucial emphasis here that ZZ is a particular form of meditation, which causes relaxation and produces internal power, qi. Routine execution, including movement and breathing exercises as discussed previously, activates the qi. In theory, ZZ is pre-heaven and routine execution is post-heaven. Daily practice of ZZ is highly recommended.
There are many types of standing postures for meditation. The most basic one is known as Wuji Zhan Zhuang (WZZ). Wuji literally means no ultimate since Taiji means grand ultimate. The state of Wuji is an emptiness or void and is a critical prerequisite for qi development. Chinese philosopher Laotze proclaimed some 2500 years ago, in his celebrated DaoDeJing the basis for Taijiquan theory. In Chapter 16, it says that “Empty the self completely; Embrace perfect peace.” Translated in another way, it would be like “Attain the utmost passivity; Hold firm to the basis of quietude.” As you can tell, this quotation is exactly what has been prescribed in Wuji Zhan Zhuang.

Although there may be slight difference in WZZ practice among masters, major requirements are the same. Start WZZ with your feet parallel at shoulder width. Bend your knees slightly. Press your feet evenly and firmly on the ground with toes grasping the ground naturally. Keep your head and torso upright with your chin unexposed. Bend your tongue upward to lightly touch the “ceiling.” Look straight ahead. Maintain your chest slightly concave. Loosen up chakras such as hui yin (in front of anus) and ming meng (at lower back opposite to the belly button). Drop your shoulders and sink your elbows. Let both arms hang naturally at your sides. Relax the entire body system.

Now glaze at some point far away to expel random thoughts and to promote calmness. Then bring your attention back to a point located on the forehead between the two eyes. Lightly close your eyes. Using your mind to move your concentration from the eye center down to the Dantian and continue down to the yong quan chakras located at the base of each foot pad (about one third foot-length from the toes). Now you gradually try to enter the so-called Wuji State or empty region as described by Laotze. Stand in this position for five to ten minutes initially. Then try to work up to 30 minutes each day.

In addition, many other Zhan Zhuang systems are needed for further advancement. I take the liberty to recommend a comprehensive program named Hun Yuan Nei Gong promoted by the Grand Master Feng Zhi Qiang. Master Feng, being a student of the late legendary Great Master Chen Fa-ke, has gained a profound knowledge of the internal secrets in Taijiquan.
In closing, I sincerely hope this article would invite comments and criticism. After all, I consider myself a life-long humble student in Taijiquan learning. A final word: I have excluded Push Hand discussion in this article. Push Hand is another important and unique area in Taijiquan training. It should be discussed separately. 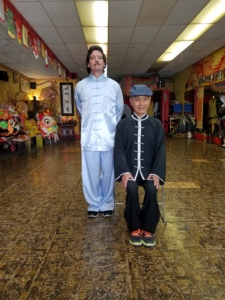 Shifu Marquez is a senior student under Grandmaster Tang.