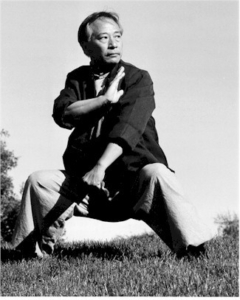 Our Master  has been teaching traditional northern style Kung Fu in America since 1978. Master Adam Hsu was born in Shanghai, China in 1941. In 1949, his family moved to Taiwan, where he spent twenty-five years studying with the most respected Kung Fu masters. His principal teacher was the renowned Grandmaster Liu Yun Chiao.

Master Hsu earned a master’s degree in Chinese literature at Taiwan Normal University, one of several prestigious institutions where he taught both Kung Fu and Chinese literature. He has held many honorable positions, among them the General Secretary of the National Kung Fu Federation of Taiwan, Instructor to the Republic of Liberia, and Member of the Republic of China National Kung Fu Delegation.

He is the former editor and publisher of Wu Tang Martial Arts Magazine, and a past senior editor of the Kung Fu Library of Wu Chow Publishing Company, the largest publisher of Kung Fu literature. He’s published several books in Chinese, and over a hundred articles in English, Chinese, Japanese, Spanish, Italian, Russian, and German. Also, he has been featured on the covers of more than eighteen magazines throughout the world.

In 1990, he founded the Traditional Wushu Association, a non-profit, international organization dedicated to the preservation, perfection, and promotion of traditional Chinese martial arts.

He is the author of Sword Polisher’s Record, a seminal work in English on the roots and realities of traditional Kung Fu.  His two volume “Essays on Chinese Martial Arts” (Chinese language edition only) are considered classic works on Kung Fu.

He and his students have participated in numerous performances and workshops both in America and abroad. Master Hsu’s coaches are trained to combine modern teaching methods with the traditional training and techniques of our Kung Fu styles.

In 2000, the founder of Taiwan’s famed Cloud Gate Dance Theater, Mr. Lin Huai-Min, invited him to become a coach for the troupe. His work to inject the basic principles of traditional Chinese Wu Shu into the bodies and psyches of the dancers was so successful, that he was then invited to create a children s Wu Shu training program. This program has been implemented in many of the Cloud Gate schools throughout Taiwan.

In 2006 Shifu Hsu was awarded the Taiwan Government’s Cultural Award for his lifetime contributions to the traditional Chinese art of Kung Fu.

Lone Sword Against The Cold Cold Sky, his most recent English language book was published in early 2007.

In 2010, he released a new Chinese-language book for children: Learn Long Fist. The text is partially in dialogue style, accompanied by specific instructions and many beautiful illustrations that clearly show each step of long fist basic training and the form, Linking Fist, that goes with it.

Grandmaster Adam Hsu currently resides in Taipei, Taiwan.  He continues to teach seminars and classes in the U.S. as well as Taiwan, Japan, Germany, New Zealand, and other countries. 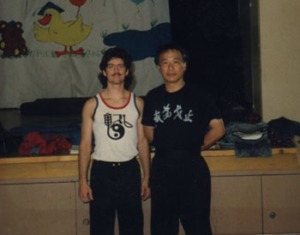