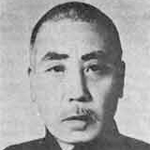 Grand Master Chen Fake 1887 to 1957. Shifu Chen Fake is 17th Generation of Chen style Taijii, Chen Pu developed it over six centuries ago from the Chen village in Wen county, Huh Nan province. Chen Fu Shen, also known as Chen Fake, was seventeenth generation Chen family. His father, Chen Ian Xi and his great grand father, Chen Chang Xien, were the famous Tai ji masters. The sets taught are the original forms perfected by his great grand father, Chen Chang Xien, over 200 years ago. He was a big man, but gentle and refined. He was very humble whenever he talked about martial arts even though he was a master. He was a very demanding but also very patient teacher. He was satisfied with a student’s performance only when every detail of a move was done correctly. In the autumn of 1928, Shifu Fake was invited to Peking by “Huh Nan Peking Tueng Xiang association.”

His nephew Chen Zhao Pei was in Peking also. Chen Zhao PEI left Peking to work for the Nanking city government in 1930. Fake’s second son, Xiao Chu other name Zhao Xu, were with him in Peking. They lived in “Luo Ma Da Jie Tan Huai Huei Guan”. At first he taught only a few student privately, but his reputation spread, many asked for his teaching. The most famous of his students included Shu U Sheng the president of Peking Wu Shu Institute and Yang Xiao Lou, a Chinese Opera celebrity. Master Chen was a close friend of this master from Wu Si, Jiang Su province, Liu Mo San, who was he an expert in Wu style Tai ji. When my teacher first arrived in Peking, Tai ji was very popular and arguments over the merits of different styles were common. Many challenged master Chen Fake, but he did not want to be involved. He said he would go back to his hometown rather than be involved in these arguments. But the challenges kept coming so he finally decided to accept. 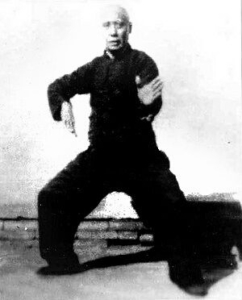 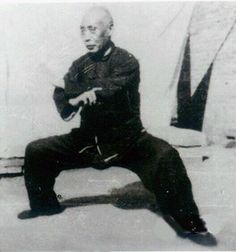 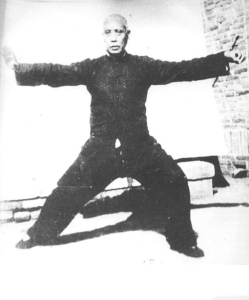 A contest was arranged at Chun San Park Lai Jien U Xuan. Master Fake and his opponent met and touched hands. Shifu Fake “listened” and neutralized his opponent’s attack, moving backward. His opponent kept approaching until shifu Chen was almost backed against the wall. Just then, he changed positions with his opponent and lightly pressed him to the ground. Just as quickly, to save his opponent’s honor, he pulled him back up. His opponent showed his appreciation and called a truce. Shifu Chen’s skill was so complete, but it was his gentleness in using it that won everyone’s respect. Another time, shifu Fake was explaining how to handle a spear thrust with the agile step and turn of the “Wild Horse Shakes Its Mane” movement. His listener would not believe him. To prove the applicability of Tai ji, shifu proposed a test against a renowned spear master. On the day of the test, at the Zh Men Square of XI Men, a crowd gathered. At the first thrust, my teacher stood relaxed and still with his hands at his side. He could sense the move was a fake. The spear master then made a real thrust to the teacher’s chest.

Instantly shifu turned aside, his hands already on the spear shaft, his leg raised to kick his opponent to the ground. The crowd burst into applause, amazed to see such speed and coordination. He had used no secret moves or tricks. The above events were widely discussed through out the martial arts community and brought recognition and legitimacy to Chen Style Tai ji. In 1933, the teacher was invited to the Chinese National Martial Arts conference in Nanking as one of the great masters in the Chinese martial arts community. He was very honest and sincere in his teaching. He used different examples to help his students learn and inspired all of us to do our very best. His death in 1957 and his birth in 1887 and was 71 at his death. His first son, Zhao Ho died young. His second son, Zhao XU stayed with him and inherited all his art, but unfortunately he died only three years after his father in 1960 at the age of 46. His death was a great loss. Chen Fakes third and fourth sons, Zhao Xiang and Xao Kuei both learned his art and continue the family tradition. His student Feng Zhiqiang was the last living student under 17th Grandmaster Chen Fake, 18th Generation Master Feng Zhiqiang taught 19th Generation Master’s Shien Pu Tang, Zhu Tian Cai, Chen Zhenglei & Chen Xiaowang and they all taught 20th Generation Shifu Marquez. 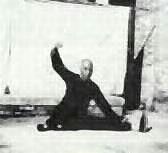