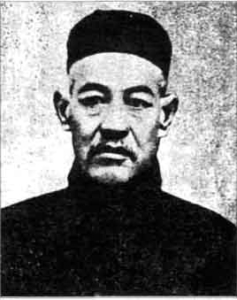 Cheng You Long was from Cheng Village of Sun district, Hebei Province. Cheng was very fond of the martial arts and studied many different styles. He was particularly proficient at Chinese Shuai Jiao (wrestling) from his father Cheng Ting Hua before studying with Yin Fu when his father passed away. He started to train with his father from a child and later became a student from Yin Fu.

Among Cheng Ting Hua students, the best known are his oldest son, Cheng You Long his youngest, son Cheng You Xin, Zhou Xiang (1861-? A.D.), and Sun Lu-Tang (1860-1932 A.D.). Sun Lu-Tang wrote two very valuable books in 1916 and 1925: The Study of Bagua Fist and The Study of Bagua Sword. In fact, one of master Liang Shou-Yu’s Baguazhang teachers was Zheng Huai Xian (1896-1981 A.D.), who was a student of Sun Lu-Tang. Yan De Hua, a student of another one of Cheng Ting-Hua’s students, Zhou Xiang, wrote a book: The Practical Applications of Baguazhang Maneuvers in 1939.57 In addition, a student of Cheng You Long, Sun Xi Kun, who wrote a book, The Genuine Baguazhang Maneuvers, also contributed a great effort in promoting Baguazhang during that period. 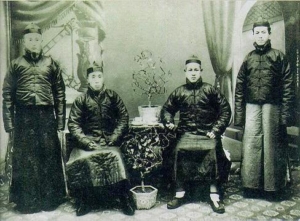 At the Shaolin Temple school we teach some forms that came from Master Cheng You Long and his father Master Cheng Ting Hua.