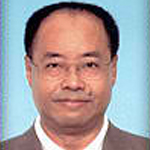 With a View to achieve an advanced medical experience in Chinese osteopathy, he had been completed a Chinese medical course in Acupuncture at the Zhaoqing Medical School in Zhaoqing City in China, and also, he had been finished an advanced course in studying the Chinese osteopathy from Doctor Ng Chung Lung who is a graduate from the most famous Fat Shan Orthopedic Hospital in Fat Shan City in China. Beside Master Lee is a sincere Buddhist. Since 1981, he had been studying the Buddhism under Master Kwong who is now the principle of the Hong Kong Buddhism Association. In November 1985, Master Lee Kam Wing was invited as an instructor of the Hong Kong Ching Wu Athletic Association for giving lessons on Seven-Star Mantis Style.

Master Lee Kam Wing started teaching Shifu Marquez in 1998 when he first came here to the USA and for many year’s he has sharpened his Mantis skills. Shifu Marquez was a sponsor for bringing him to the USA from Hong Kong to have him teach the local schools in the Los Angeles area besides having him instruct him and do workshops at the Shaolin Temple. 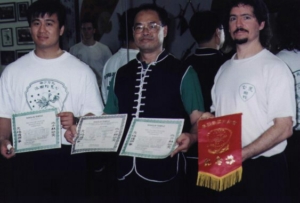 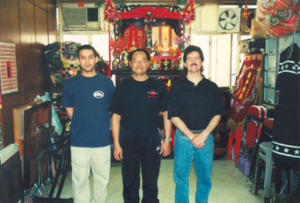 Top masters from Hong Kong from him. 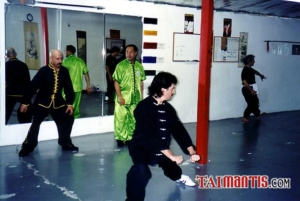 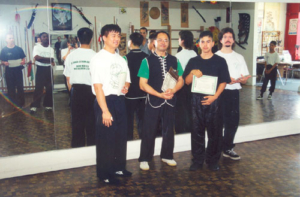 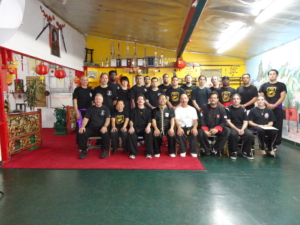 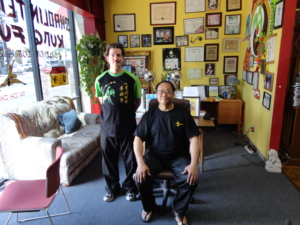 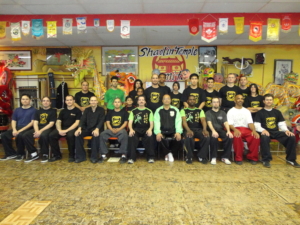