Wu Ying-hua began studying T’ai Chi Ch’uan at age nine, and by age seventeen, she was a full-time teacher in her father’s school. In 1921, she was invited to teach T’ai Chi Ch’uan in Shanghai. In 1928, her father followed her to Shanghai and she became his teaching assistant. In 1930, she married Ma Yue-Liang who was Wu Chien-Ch’uan’s senior disciple. In 1935, Wu Chien-ch’uan founded the Chien-Ch’uan Tai Chi Chuan Association (鑑泉太極拳社) in Shanghai. Wu Chien-ch’uan died in 1942.

After the Cultural Revolution, at about 1980, it became possible to teach T’ai Chi Ch’uan publicly in China. About this time her brother Wu Kung-Tsao was released from prison and moved to Hong Kong. Wu Ying-Hua and Ma Yue-Liang, remaining in mainland China, created a simplified Wu T’ai Chi Ch’uan form and were again able to have public meetings of the Chien-Ch’uan Tai Chi Chuan Association. They taught a large number of students in Shanghai and in their travels to New Zealand, Germany and elsewhere. Together with Ma Yue-Liang, Wu Ying-Hua published several books on Wu-style T’ai Chi Ch’uan. The books “Wu style Tai Chi Chuan: Forms, Concepts and Applications of the Original Style,” “Wu Simplified Tai Chi Chuan,” and “Wu style Tai Chi K’uai (Fast) Chuan or Wu Style Tai Chi Fast Form” have been collected in a single volume in China. They also co-authored a Wu style sword book. Wu Ying-Hua was the senior instructor of the Wu family from 1983 until she died in 1996. 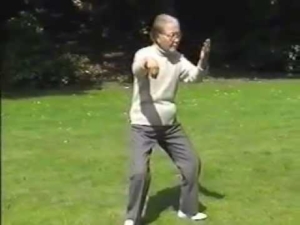 Ma Yue-Liang and Wu Ying-Hua are survived by several children and grandchildren, including: Ma Jiangchun (b. 1931), Dr. Ma Hailong (b. 1935), Ma Jiang Bao (b. 1941), and Ma Jiangling (b. 1947). Ma Jiang Bao lives in the Netherlands and teaches traditional T’ai Chi Ch’uan in Europe. Their adopted daughter Shi Mei Lin now lives and teaches in New Zealand. Wu Ying Hua also has students in France and Master Wen Mei Yu teaches for her in the United States. 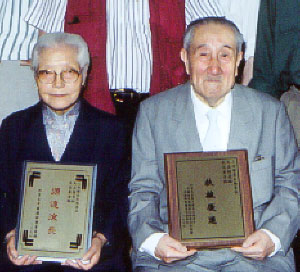 It is difficult to overstate the importance of Ma Yue Liang and his wife Wu Ying Hua the daughter of Wu Chien Chuan in the emergence of Wu-style Taijiquan after the Cultural Revolution in China. Even at an advanced age, Ma was chosen as one of the 100 Best Martial Artists in China. Wu Ying Hua and Ma continued to teach in Taijiquan until their deaths. They published several books on Wu-style Taijiquan. Ma and Wu Ying Hua’s Wu style sword/weapons book includes a family picture with several of their closest students. Ma Yue Liang also publicly practiced a number of formerly closed door (private or family secret) forms and methods so that they would not be lost. In public, Wu Ying Hua would often demonstrate the Wu style Slow Set and Ma would follow by demonstrating the Wu Style Tai Chi Fast Form. Ma taught many high level students, among whom was Fei Gua Ching who is still active in the Jianquan Taijiquan Association in Shanghai. Li Li-Qun is one of Grandmaster Ma’s oldest and closest living students. He was the deputy vice-secretary of the Jianquan Association (Chien Chuan Association) in Shanghai under masters Ma and his wife Wu Ying Hua.